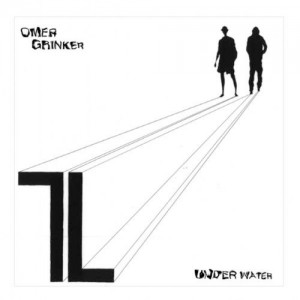 What makes a great record? Attention to detail? Melody? Atmosphere? Whatever the case, little-known Israeli producer Omer Grinker serves up all three in abundance on his “Under Water EP”, a record that – ironically, just as one of the tracks suggests – makes little sense but remains a joy to interpret.

“Make Sense”, infused as it is with the sort of ghetto-vibes that typically course throughout a Moodymann record, makes for an early highlight. Confusing, trippy and utterly unconventional, it’s the sort of haunting record that’ll push an early morning dance floor to its very limit.

“Seen or Not Seen” treads another murky, dark road, with its poignant, lingering melodies and further elongated colors keeping the listener guessing until the very end.

The title track is another unpredictable joy, with everything from cascading horns to clattering percussion pushing it toward celestial planes.

Monkey Brothers’ remix of the latter is the most decidedly ‘dance floor’ of the troupe, with its bass-guitar heavy strands indicative of a time when Diynamic were still emitting interesting music.