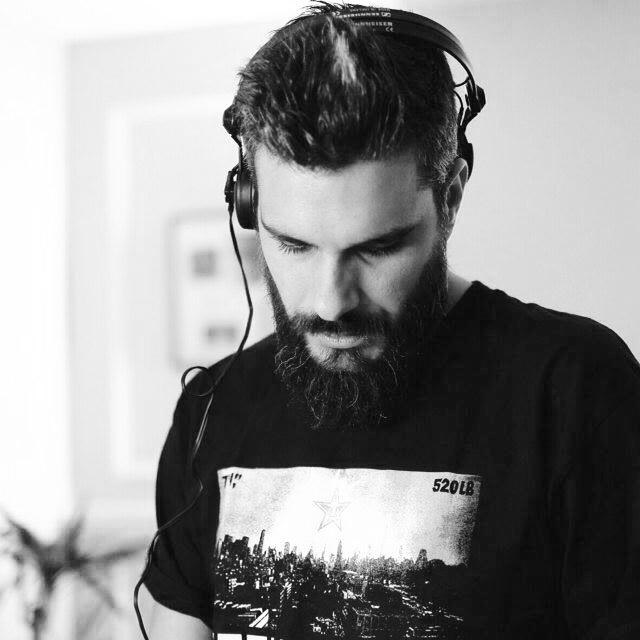 Simon has seen his works released on labels such as Poker Flat, Supplement Facts, Perspectiv or Composite among other high-proﬁle labels, releasing original tracks or remixing for the likes of DJ Yellow, Sasse, Matthias Vogt or Lee Burrdige, and bringing his futuristic, personal, hypnotic blend of Electronica, House and Techno.

‘Brilliant, pure danceﬂoor heaven’ – Laurent Garnier Born in late ’70s, Simon grew up listening legendary bands such as Depeche Mode, New Order or Kraftwerk, but also enjoying genres like Blaxploited Funk, Latin-Rock, Rare Disco, ’90s House or Acid-Jazz, among many other things. A musical baggage that later would found an artistic point in common on himself.

Nowadays, Simon has seen his works released on labels such as Poker Flat, Supplement Facts, Perspectiv, Dieb Audio, OM Records, Cécille, or Composite among other high-proﬁle labels, either with his real name or his aliases Kornelius or Larakki, releasing original tracks or remixing for the likes of DJ Yellow, Sasse, Matthias Vogt (from Motorcitysoul), Lee Burrdige, Tomoki Tamura, Wagon Cookin’ and others. His genuine, timeless, personal, hypnotic and futuristic sound is already getting support for the likes of many of the most respected worldwide tastemakers: Laurent Garnier, Seth Troxler, D’Julz or Deetron, who recently remixed the latest Simon’s release on the Ripperton’s Perspectiv label, and of course Guy Gerber and Steve Bug, who with Simon has edited several releases on their own Supplement Facts and Poker Flat labels. A kind of sound that led him to get invited from the world’s leading sound-designing brand Loopmasters to join their prestigious Artist Series collection. The library got an extraordinary response, and in soon he will start his very own collection ‘Simon Garcia’s Hypnotic Vibes’.

2013 looks deﬁnitely bright for Simon: remixes on labels like AMAM, Surface or Catz ‘N Dogz’s Pets Recordings, from where he will also release a new original one included on the ‘Friends Will Carry You Home Too’ alongside Eats Everything, Till Von Sein, Dave Aju, El_Txef_A or Catz ‘N Dogz themselves. Besides this, he will release his much anticipated debut album ‘The Placebo Overdose’ on Poker Flat. With a constant tour schedule having performed in cities such as London, San Francisco, Tokyo, Glasgow, Barcelona, Malta, New York or Mexico DF, to name just a few, he’s also the resident dj &amp; host of one of the main House / Techno club nights in Madrid, MOTEL Club, bringing guests such as Matthew Dear, Radio Slave, Catz ‘N Dogz, Âme, Konrad Black, KiNK, Mark Henning, Sasse, DJ Yellow and more international acts, becoming a must place for clubbers in the capitol’s nightlife.