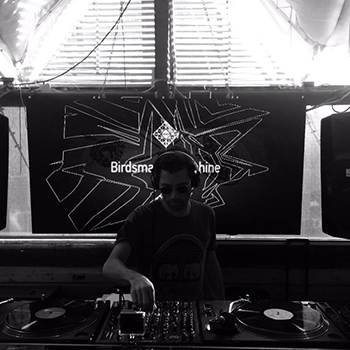 Rudolf’s hypnotizing DJ sets and productions never fail to impress a crowed. With continuous experimental rhythmic beats mixed with strong influences of Jazz & Swing, Rudolf manages to draw his audience into an affected correspondent seduction always with effortless flow & a touch of elegance.

His signature sound can be identified through heavily infused beats, almost impatient minimal drumming patterns with forced rhythmic baselines which are blended with softer infused jazzy syncopation and manipulated house beats, making his sets and productions energetic and lively. Rudolf constantly reminds his audience of his Latin American roots whilst keeping a raw and industrial sense of minimalistic techno to his work.

With another move across to London where he co-founded two labels with Italian artist and friend Cesare Vs Disorder, called Mean Records and Serialism. It was here as well that he teamed up with current studio partner Viudez, releasing on labels such as Cadenza, Safari Electronique, Remake and Natural Rhythm. His rise continued with gigs at such luminary venues as Weekend, Club de Visionaire and Watergate in Berlin, Arma17 in Moscow as well as Fabric, Tbar and The End in London.

His intriguing personality, great productions and solid performances have formed him into a unique artist who has received global recognition and established himself in Europe playing at luminary venues such as: Weekend, Club de Visionaire and Watergate in Berlin, Arma17, Fabric, Tbar and The End in London, as well as gigs at infamous Ibiza clubs such as DC10, Pacha, Space and Monza to name a few.