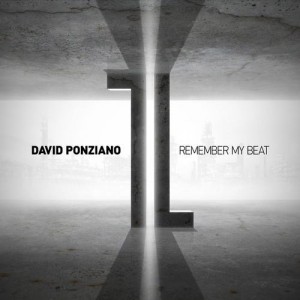 David Ponziano might not be the most renowned producer in the world, but he is at least, indicative of Spain’s continuing hankering for quality inclined house music cuts. Indeed, the Spanish producer might release music at a relatively regular rate, and judging him on the merits of the Remember My Beat EP, this is not necessarily a bad thing.

With this in mind, the EP’s opening gambit comes thanks to the title number itself, a track that starts off on a fairly generic tip but soon morphs into a beast that’ll test even the most ardent of house heads. The repetitive nature of the “Beat” vocal work wonders too, as do the subtle nuances that lie elsewhere. As it soon manipulates a quite brilliant 808 sound, we’re left in no doubt as to its effectiveness by the end of its 7 or so minutes.

Middle track ”Cat Nails” is a somewhat different proposition – and a fantastic addition to what’s arrived before. This time, it’s the skipping tones that hog the spotlight, with this one’s melodic tidbits injecting a fair barrage of groove into the EP.

The package’s last arrives thanks to the shrewdly chosen duo, Shades of Gray. The Aussie boys have enjoyed a stellar few months, and there remix here caps off what’s been an exceptional year in their eyes. Fast, furious and with more than a hint of dancefloor menace, their remix of ”Cat Nails” serves up some serious wonderment on an altogether lovely release. Watch as all the parties here scale the dance music echelons over the upcoming months.