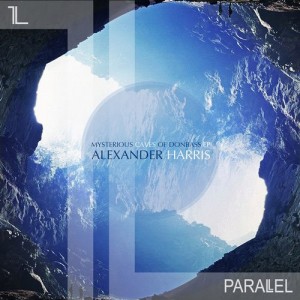 Ukraine producer Alexander Harris might boast a British alias, but names aside, there’s a certain worldly sound to his enticing blend of hypnotic house music.

Up first on the EP is the sounds of the A-side, the original, ”Mysterious Caves of Donbass”. With a title like that, you’d be expecting this one to be ripe for exploration, and you wouldn’t be half wrong either. Full of minute crevices and layered enough that it maintains a melancholic edge, it’s the sort of effort that puts the ‘deep’ back in to deep house. Totally ace stuff.

The flip gets under way thanks to ”Terri Conique”, a more lighthearted and positive sounding track that, again, features its very own unique personality. Full of charm and refinement, it’s a suitable conclusion to an EP that’s as mesmerizing as it is stunning and downright beautiful.