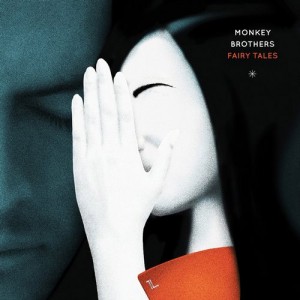 Monkey Brothers slot into the roster, a Spanish production outfit of two brothers, who have been crafting infectious cuts since 2005.

The release opens with ‘A Very Old Man With Enormous Wings’, a gritty off-kilter workout fuelled by bumpy broken rhythms, bright ethereal pads and guttural vocal lines, while the latter stages introduce a classic stab sequence to tail off the composition. Following is ‘What The Cypress Did To Rose’, the duo employ a 4/4 approach with the drums this time, tightly blended with cosseting atmospherics, subtle percussive rolls and dubbed out, meandering synth licks.

Entering the focal stages of the single we have ‘Once Upon A Time’, an everevolving chuggy number laid out over seven minutes in a progressive fashion, things continually blossom as the cut unfolds, being fuelled by rumbling bass stabs, dreamy arps and tension building strings.

‘The Master Thief’ is up next, tipping things into darker realms, here the duo lay the focus on bulbous sub bass, eerie spoken word vocal lines and edgy background atmospherics. The package is then rounded off with ‘The Note Who Came From A Egg’, which again displays another side to the duo’s production styles, this time employing aggressive saw-wave bass, sweeping pads and jangling percussive elements to close the package with a hazy, dreamlike feel.