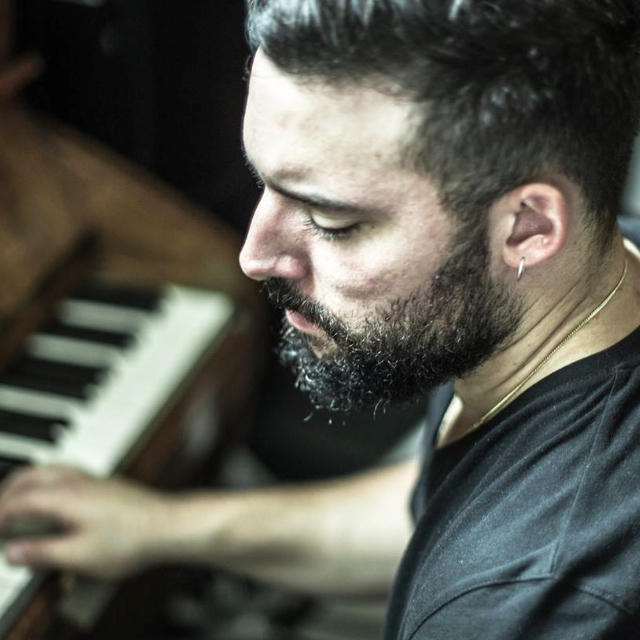 Stevie R, otherwise known by the name of Stavros Potamitis, has been making some heads turn in the industry since hisproducing/performing career inception. Introduced to classical music at an early age, Stavros decided to take his early years ofexperimentation and knowledge and apply it towards a career in making music. Alongside his prominent personal career, while in London, Stavros decided to branch out and help construct the ever-evolving Inside Out Records.

Running his own label Inside Out Records, serving as creative director and sound engineer of the mighty Motek Music, forming anelectronic/organic fusion band “After Altamont” with Towdie Kamp, working as a sound designer for the renowned Cr2 Records, and releasing his own music have kept Stevie R busy for the last couple of years. His productions have hit labels the likes of OFF Recordings,  Parallel Label Babiczstyle, Parquet, Inside Out Records, Motek, Union Jack Records, Steyoyoke and the list keeps going. His music has also been charted by music pioneers like Nick Warrenand picked up by HBO for the famous series ‘Girls’. Furthermore,‘Deep Analogue House’, ‘Dark Tech House’ and ‘Deep Analogue House 2’ sample packs, which he designed for Cr2, all proudly figured at Beatport’s number 1 chart position.

It might seem hard to believe that Stavros has achieved all that at such an early age considering he entered University Of Peloponnese in 2006 to study ‘Telecommunications Engineering’. After his graduation and having obtained a good background in digital signal processing, he moved to London in 2012 to join Point Blank School Of Music, where he obtained his ‘Music Production and Sound Engineering’ Diploma. Shorty after handling him his diploma, Point Blank wrote a student success article for him.