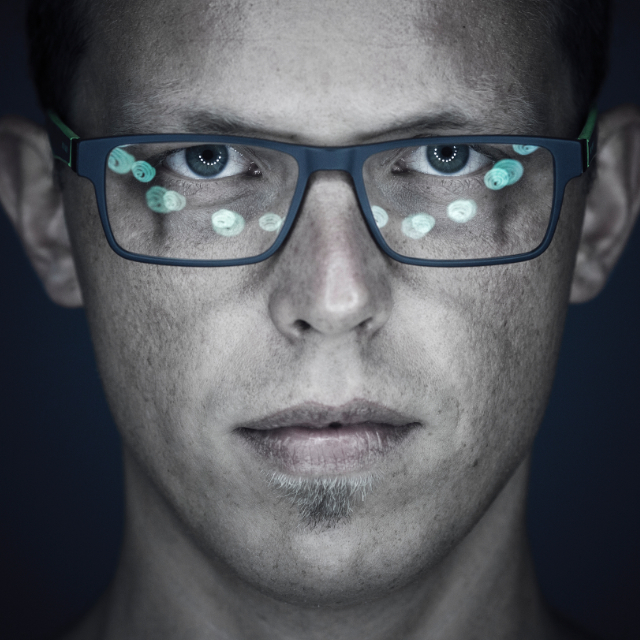 Budapest-based Hungarian producer/double bassist Dovim has been in a very strong connection with music since he was seven years old. After many years of cello studies, he started focusing on different instruments (guitar, bass and keyboards) and electronic music too, thanks to his first „Kraftwerk-experience”. A growing claim to produce his own music led him to start to experiment with synthesis and sampling, and composing.

Many styles of techno and ambient intensely influenced his very first productions, although there was no consistent direction in terms of a musical genre at that time. After many years of practising, learning and experimenting he has come closer to what he truly wants. Dovim’s goal is to find a balance between many forms of art, evolving, producing better and better music and share an aesthetic whole to the music lovers.

In October 2015, his EP “Scolopendra” came out on Traum Schallplatten sublabel My Best Friend ltd.  The release has reached positive international feedback and support from artists like Max Cooper, Dominik Eulberg, Arjun Vagale, etc. His tracks “The WOW Signal” and “Ectoderm” were played by John Digweed in his “Live in Montreal” recording, it was released in February of 2016.

In December 2015 he released his track “Mare Frigoris” on the well-known compilation Tour de Traum XI on the Traum label. In February of 2016 he released his EP “Cryo Gemini”, in September of 2016 his second EP “Makaratta” came out on Traum.

In March of 2017 his new EP “Backmask” comes out on the Spanish Parallel Label.

As a classical musician his attention turned to the double bass, later he graduated at the Franz Liszt Academy of Music in Budapest. Since 2010 he has been working with major Hungarian orchestras (Hungarian State Opera, Budapest Festival Orchestra) and performed in many famous concert halls and theatres around the world.(The Royal Albert Hall in London, The Avery Fisher Hall in New York, Teatro Alla Scala in Milan etc…)