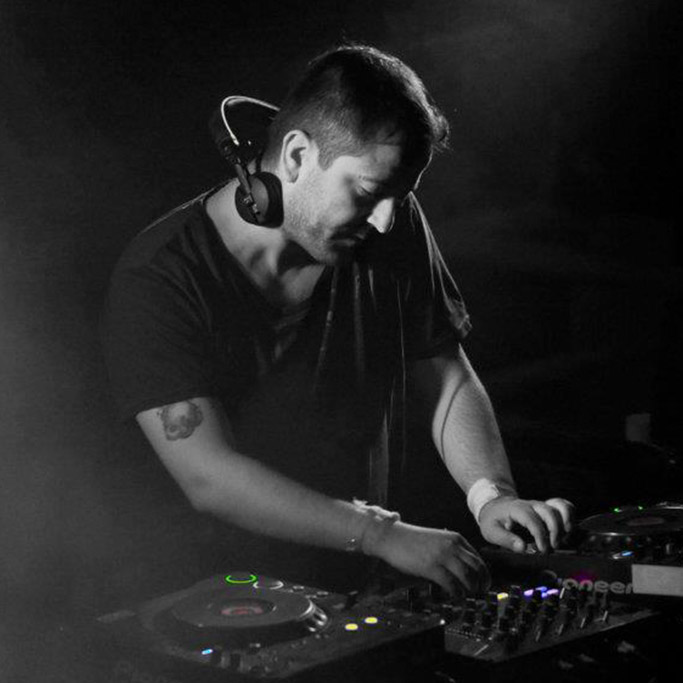 Alejandro was born in Viña del Mar, Chile. Since he was a child, he was close to music because his father used to play tenor sax and was the  owner of a huge jazz records collection. At the early age of 7 years, he used to spend many hours in front of the stereo. when he became a teenager, he started playing electric guitar in several school bands,  inﬂuenced by the music of bands like Sonic Youth, Jesus &amp; Mary chain and Pixies, among others. In 1993, with 3 friends, he creates the band “Pequeñas Partículas” cult band in the underground scene of Valparaíso and participates as bass player for 7 years. Simultaneously, in 1996 he his interests in experimentation in sound, gets him closer to machines, creating his solo project Telepong, letting us know his taste for Detroit &amp; Acid House. Alejandro gets involved and attracted by the emerging electronic chilean scene and step ahead to the turntables, and didn’t take him to much time to be highly recognized and respected as a great Dj. Since 2001, he is resident of the club La Feria, in Santiago and has been exposing his music, that walks in between precise rhythms and radical sound contrasts, making his grooves reacher in every composition.